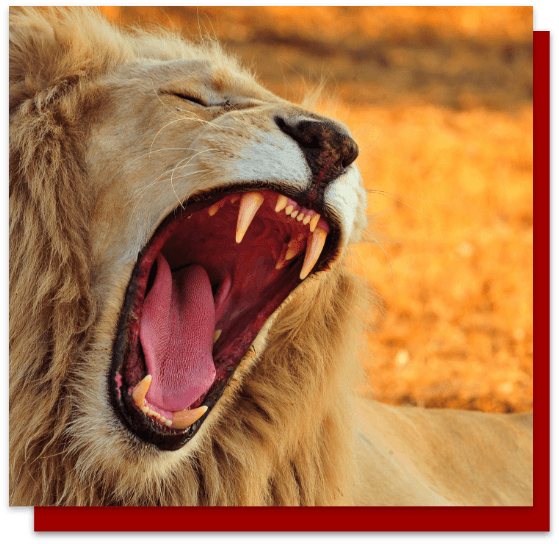 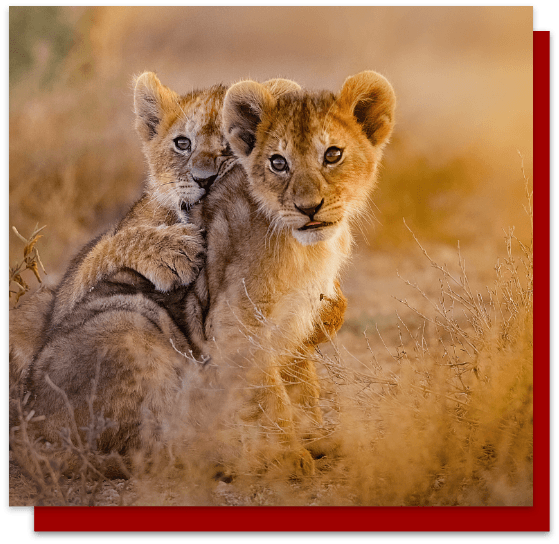 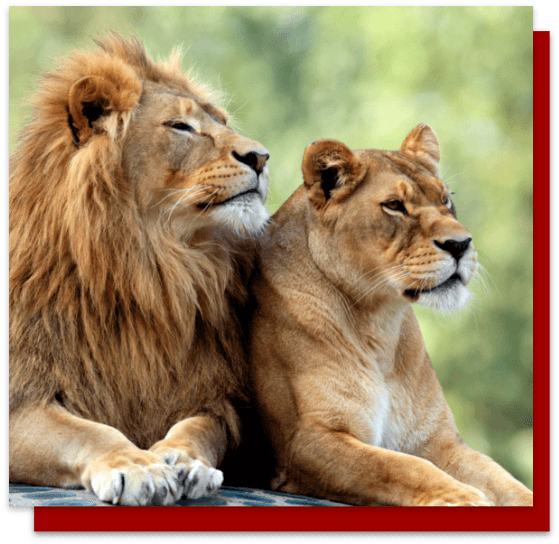 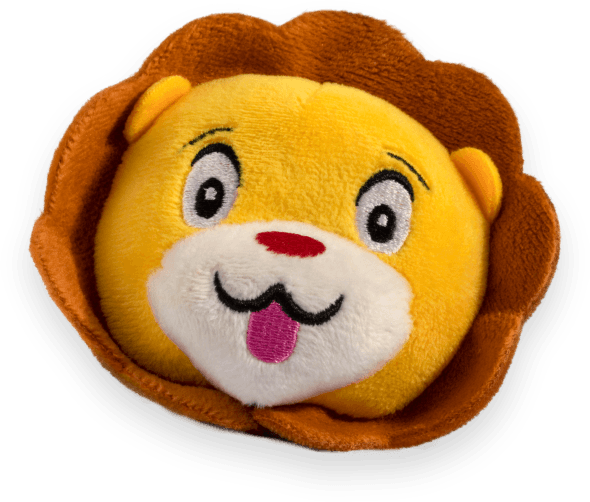 Lion used to have a gentle voice, and the animals he preyed on couldn’t hear him until it was too late. This worried the other animals, who never knew when Lion was on the hunt. So, the other animals held a meeting to find a way to make Lion less dangerous. Then Hare came up with an idea to make Lion’s voice sound like thunder.

Oh Great One, your brother is ill and needs to
see you soon.

Hare and Lion set out on a long journey with the help of a honeyguide bird. After thanking their guide with a bit of honeycomb, Lion fell asleep. While Lion was dreaming, Hare smeared honey on his paws. When the bees returned and found that their hive had been invaded, they turned their anger towards who they thought was responsible for their misfortune. Lion was stung so many times that he let out a loud roar that could be heard throughout the jungle. To this day, Lion’s voice still sounds like a clap of thunder.